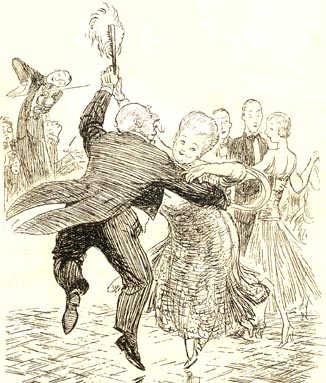 Use It or Lose It: Dancing Makes You Smarter, Longer.

Most recently we’ve heard of another benefit:  Frequent dancing apparently makes us smarter.

A major study added to the growing evidence that stimulating one’s mind by dancing can ward off Alzheimer’s disease and other dementia, much as physical exercise can keep the body fit.  Dancing also increases cognitive acuity at all ages.

You may have heard about the New England Journal of Medicine report on the effects of recreational activities on mental acuity in aging.   Here it is in a nutshell.

The 21-year study of senior citizens, 75 and older, was led by the Albert Einstein College of Medicine in New York City, funded by the National Institute on Aging, and published in the New England Journal of Medicine.  Their method for objectively measuring mental acuity in aging was to monitor rates of dementia, including Alzheimer’s disease.

The study wanted to see if any physical or cognitive recreational activities influenced mental acuity.  They discovered that some activities had a significant beneficial effect.  Other activities had none.

One of the surprises of the study was that almost none of the physical activities appeared to offer any protection against dementia.  There can be cardiovascular benefits of course, but the focus of this study was the mind.

There was one important exception:  the only physical activity to offer protection against dementia was frequent dancing.

Dancing frequently – 76%.   That was the greatest risk reduction of any activity studied, cognitive or physical.

What could cause these significant cognitive benefits?

In this study, neurologist Dr. Robert Katzman proposed that these persons are more resistant to the effects of dementia as a result of having greater cognitive reserve and increased complexity of neuronal synapses.  Like education, participation in mentally engaging activities lowers the risk of dementia by improving these neural qualities.

As Harvard Medical School psychiatrist Dr. Joseph Coyle explains in an accompanying commentary:  “The cerebral cortex and hippocampus, which are critical to these activities, are remarkably plastic, and they rewire themselves based upon their use.”

Our brain constantly rewires its neural pathways, as needed.  If it doesn’t need to, then it won’t.

When brain cells die and synapses weaken with aging, our nouns go first, like names of people, because there’s only one neural pathway connecting to that stored information.  If the single neural connection to that name fades, we lose access to it.  As people age, some of them learn to parallel process, to come up with synonyms to go around these roadblocks.

The key here is Dr. Katzman’s emphasis on the complexity of our neuronal synapses.  More is better.  Do whatever you can to create new neural paths.  The opposite of this is taking the same old well-worn path over and over again, with habitual patterns of thinking and living.

When I was studying the creative process as a grad student at Stanford, I came across the perfect analogy to this:

The more stepping stones there are across the creek,
the easier it is to cross in your own style.

The focus of that aphorism was creative thinking, to find as many alternative paths as possible to a creative solution.  But as we age, parallel processing becomes more critical.  Now it’s no longer a matter of style, it’s a matter of survival — getting across the creek at all.  Randomly dying brain cells are like stepping stones being removed one by one.  Those who had only one well-worn path of stones are completely blocked when some are removed.  But those who spent their lives trying different mental routes each time, creating a myriad of possible paths, still have several paths left.

As the study shows, we need to keep as many of those paths active as we can, while also generating new paths, to maintain the complexity of our neuronal connections.

In other words: Intelligence — use it or lose it.

What exactly do we mean by “intelligence”?

You’ll probably agree that intelligence isn’t just a numerical measurement, with a number of 100 plus or minus assigned to it.  But what is it?

To answer this question, we go back to the most elemental questions possible.  Why do animals have a brain?  To survive?  No, plants don’t have a brain and they survive.  To live longer?  No, many trees outlive us.

As neuroscience educator Robert Sylwester notes, mobility is central to everything that is cognitive, whether it is physical motion or the mental movement of information.  Plants have to endure whatever comes along, including predators eating them.  Animals, on the other hand, can travel to seek food, shelter, mates, and to move away from unfavorable conditions.  Since we can move, we need a cognitive system that can comprehend sensory input and intelligently make choices.

Semantics will differ for each of us, but according to many, if the stimulus-response relationship of a situation is automatic, we don’t think of the response as requiring our intelligence.  We don’t use the word “intelligent” to describe a banana slug, even though it has a rudimentary brain.  But when the brain evaluates several viable responses and chooses one (a real choice, not just following habits), the cognitive process is considered to be intelligent.

As Jean Piaget put it, intelligence is what we use when we don’t already know what to do.

Why is dancing better than other activities for improving mental capabilities?

Does this mean all kinds of dancing, or is one kind of dancing better than another?

That’s where this particular study falls short.  It doesn’t answer these questions as a stand-alone study.  Fortunately, it isn’t a stand-alone study.  It’s one of many studies, over decades, which have shown that we increase our mental capacity by exercising our cognitive processes.  Intelligence: Use it or lose it.  And it’s the other studies which fill in the gaps in this one.  Looking at all of these studies together lets us understand the bigger picture.

The essence of intelligence is making decisions.  The best advice, when it comes to improving your mental acuity, is to involve yourself in activities which require split-second rapid-fire decision making, as opposed to rote memory (retracing the same well-worn paths), or just working on your physical style.

One way to do that is to learn something new.  Not just dancing, but anything new.  Don’t worry about the probability that you’ll never use it in the future.  Take a class to challenge your mind.  It will stimulate the connectivity of your brain by generating the need for new pathways.  Difficult classes are better for you, as they will create a greater need for new neural pathways.

Then take a dance class, which can be even more effective.  Dancing integrates several brain functions at once — kinesthetic, rational, musical, and emotional — further increasing your neural connectivity.

What kind of dancing?

Do all kinds of dancing lead to increased mental acuity?  No, not all forms of dancing will produce the same benefit, especially if they only work on style, or merely retrace the same memorized paths.  Making as many split-second decisions as possible, is the key to maintaining our cognitive abilities.  Remember: intelligence is what we use when we don’t already know what to do.

We wish that thirty years ago the Albert Einstein College of Medicine thought of doing side-by-side comparisons of different kinds of dancing, to find out which was better.  But we can figure it out by looking at who they studied: senior citizens 75 and older, beginning in 1980.  Those who danced in that particular population were former Roaring Twenties dancers (back in 1980) and then former Swing Era dancers (seniors participating in the 1990s), so the kind of dancing most of them continued to do in retirement was what they began when they were young: freestyle social dancing — basic foxtrot, waltz, swing, and maybe some rumba and cha cha.

I’ve been watching senior citizens dance all of my life, from my parents (who met at a Tommy Dorsey dance), to retirement communities, to the Roseland Ballroom in New York.  I almost never see memorized sequences or patterns on the dance floor.  I mostly see easygoing, fairly simple social dancing — freestyle lead and follow.  But freestyle social dancing isn’t that simple!  It requires a lot of split-second decision-making, in both the Lead and Follow roles.  Read more about the differences between the three different kinds of ballroom dancing here, to gain a better understanding of the role of decision-making in social or ballroom dance.

At this point, I want to clarify that I’m not demonizing memorized sequence dancing, or style-focused pattern-based ballroom dancing.  Although they don’t have much influence on cognitive reserve, there are stress-reduction benefits of any kind of dancing, cardiovascular benefits of physical exercise, and even further benefits of feeling connected to a community of dancers.  So all dancing is good.

But when it comes to preserving (and improving) our mental acuity, then some forms are significantly better than others.  While all dancing requires some intelligence, this study encourages you to use your full intelligence when dancing, in both the Lead and Follow roles.  The more decision-making we can bring into our dancing, the better.

Who benefits more, Follows or Leads?

In social dancing, the Follow role automatically gains a benefit, by making hundreds of split-second decisions as to what to do next, sometimes unconsciously so.  As I mentioned on this page, this role doesn’t “follow”; they interpret the signals their partners are giving them, and this requires intelligence and decision-making, which is active, not passive.

This benefit is greatly enhanced by dancing with different partners, not always with the same person.  With different dance partners, you have to adjust much more and be aware of more variables.  This is great for staying smarter longer.

But Leads, you can also match this degree of decision-making, if you choose to do so.

1) Really pay attention to your partners and what works best for them.  Notice what is comfortable for them, where they are already going, which signals are successful and which aren’t, and constantly adapt your dancing to these observations.  That’s rapid-fire split-second decision making.

2) Don’t lead the same old patterns the same way each time.  Challenge yourself to try new things each time you dance.  Make more decisions more often.  Intelligence: use it or lose it.

The huge side-benefit is that your partners will have much more fun dancing with you when you are attentive to their dancing and constantly adjusting for their comfort and continuity of motion.  And as a result, you’ll have more fun too.

That’s the most succinct definition I know for intelligent dancing: a highly active attention to possibilities.  And I think it’s wonderful that both the Lead and Follow role share this same ideal.

The best Leads appreciate the many options that the Follow must consider every second, and respect and appreciate the Follow’s input into the collaboration of partner dancing.  The Follow is finely attuned to the here-and-now in relaxed responsiveness, and so is the Lead.

Once this highly active attention to possibilities, flexibility, and alert tranquility are perfected in the art of dance partnering, dancers find it even more beneficial in their other relationships, and in everyday life.

The study made another important suggestion: do it often.  Seniors who did crossword puzzles four days a week had a measurably lower risk of dementia than those who did the puzzles once a week.  If you can’t take classes or go out dancing four times a week, then dance as much as you can.  More is better.

And do it now, the sooner the better.  It’s essential to start building your cognitive reserve now.  Some day you’ll need as many of those stepping stones across the creek as possible.  Don’t wait — start building them now. 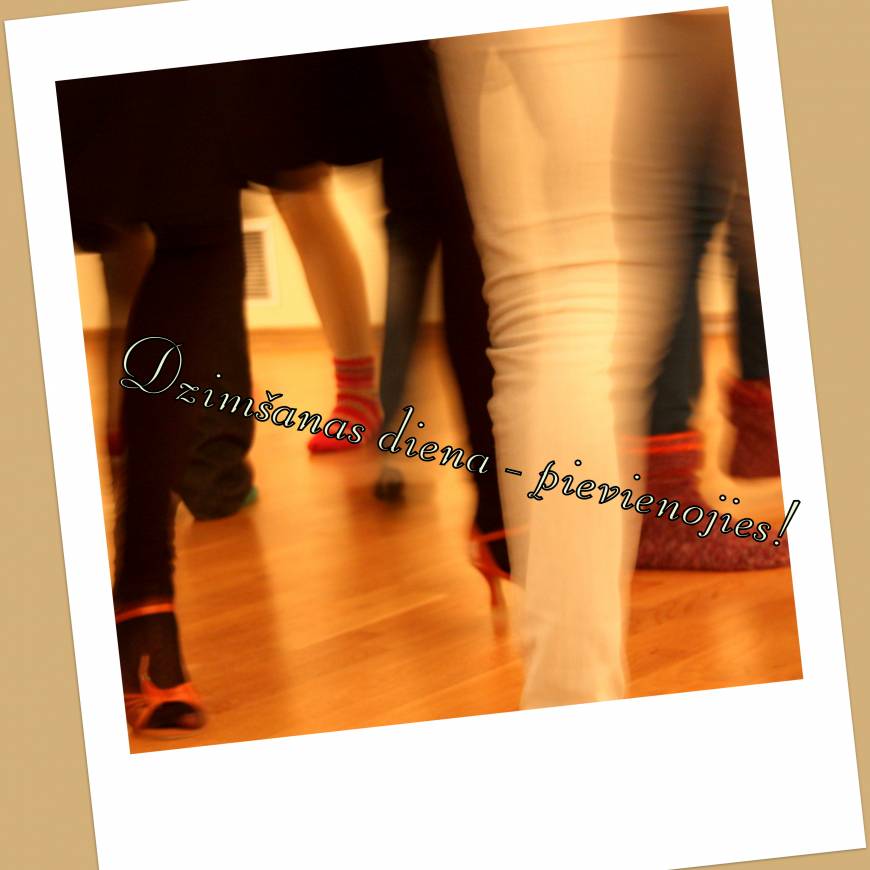 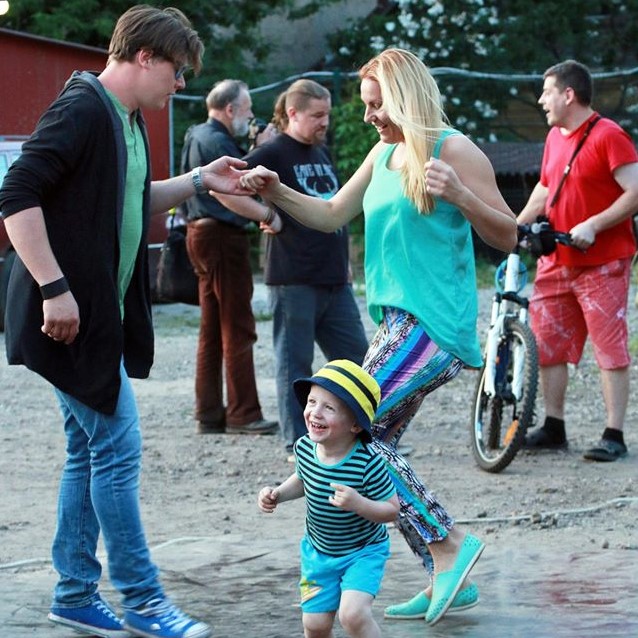